Greetings all. Sorry I have been away for like almost a year and my last review on anything was April 2015. I haven’t had the time to watch much and what I watched wasn’t worth writing about.

Anyways, welcome to my latest review. Les Miserables 2016 in Singapore. 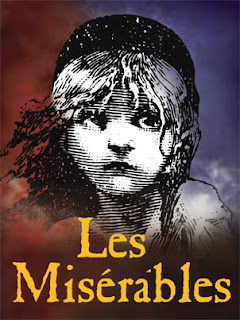 In late 2013, I watched Chestnuts 6.9 and Jonathan Lim did several skits playfully mocking Les Mis – the movie version and then the spark in me was lit. I got very caught up with the songs from Les Mis. I bought the DVD of the special 10th Anniversary Concert and the Blu-ray of the 25th Anniversary Concert and watched them at least 30 times each. In 2014, I finally caught it live in London and I have been wishing to catch it live again. So when it was announced the Les Mis was returning to Singapore... my wish came true... I planned to watch this every week. (yup that is how much I love Les Mis!!!)

The problem I had was that I had watched the special anniversary concerts many times and so I knew the perfection of Colm Wilkinson, Alfie Boe, Philip Quast (best Javert ever!!), Lea Salonga, Ruthie Henshall, Michael Ball, Alun Armstrong (best Thenardier!!) and the ever lovable Jenny Galloway as Madame Thenadier. I had also heard the original UK cast on CD, MP3 and LP countless of times. How was this latest show gonna match up?

I feel that all the cast were lacking that extra something in their voices to make the hairs on your arms stand or stir your soul. Thats the difference between being good and being legendary. In my opinion, the best of this cast was Eponine, who was played by Kerrie Anne Greenland. She stood out amongst the cast with her strong voice, great expression and strong stage presence. Another who left an impression was Gavroche (Kieran McGinlay). All the other cast members were just fine. Jean Valjean had very strong stage presence but his singing was frequently not in tune with the orchestra. Javert also had good presence but the voice was just ok and his rendition of “Stars” left me unsatisfied. Fantine and Cosette had good range in their singing but their voices were very ‘shrill’ with no ‘oomph.’

Another thing which disappointed me was that all the songs were kind rushed through. This made it seem like the cast members sang in a less sustained way and more curt.

The stage, set and lighting was great. The very clever and innovative use of constantly moving images on the backdrop together with the detailed props and stage settings gave a lot of realism to the show.

Ultimately, I DID enjoy myself at this show. I just had to curb my expectations. Compared to the Les Mis movie, this 2016 production is excellent. For people who have never watched or listened to Les Mis before, or have only watched the movie, please go get your tickets and watch it. The last time Les Mis came to Singapore was more than 22 years ago.

Watever it is, I will be telling my friends to go catch this as watching Les Mis live, several meters from the stage, will always be magical. For those who have heard or seen the best, kindly leave all your expectations at the door and just enjoy Les Mis...  now to watch a Les Miserables anniversary concert in London one day !! Until then, should I watch this again next week?? hmmm