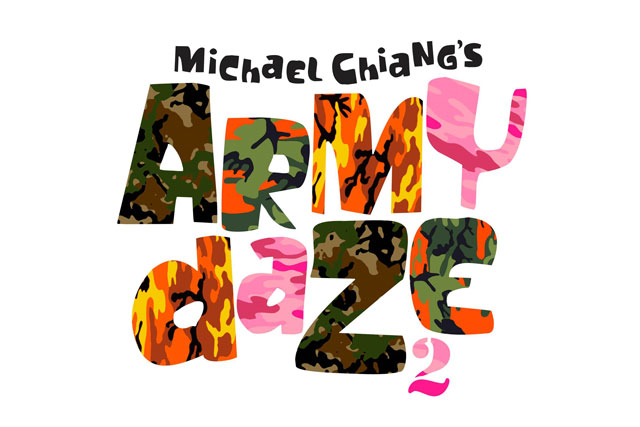 Many of you would have watched Michael Chiang’s Army Daze before. It was originally a novel made into a theatre play which was first released in 1987 and made into a highly successful movie in 1996. There have been several reruns of this widely acclaimed play since then with minor tweaks such as different lines, different songs and with different cast members. However, the premise has been the same. It is about 5 young men from various backgrounds, of different races and most importantly different behaviours enlisting for National Service. The play tells in highly hilarious way on the troubles of these 5 men adopting to NS, being away from their loved ones and how they grow through NS and what happens when they end NS.

This time, Army Daze 2 is the continuation of the original. Army Daze 2 is a brand new play again written by Michael Chiang and directed by Beatrice Chia-Richmond. The show also promises many new songs composed by Don Richmond himself (btw he is my Sec 3 and 4 classmate!!!). Army Daze 2 tells the story of the original 5 men and their lives after NS, in fact 30 years after ROD. To make matters more interesting, there is also an underlying comparison between NS today and then through the NS journey of one of the original 5’s son.

Army Daze promises to be a barrel of laughs with great acting. Just looking at the cast and you are guaranteed high quality top-of-the-drawer entertainment. We have Hossan Leong, Chua Enlai, Shane Mardjuki, Joshua Lim and Ebi Shankara .. all current top Singapore play actors and comedians. Then we also have Jo Tan last seen in La Cage and Oon Shu An from the recently concluded Boeing Boeing. In addition, Army Daze 2 debuts Singapore’s own X-Factor (Australia) sensation – Ms Natalie Ong.

Army Daze 2 will be showing from 4/8/2017 to 20/8/2017 at the Drama Centre Theatre at the National Library. Tickets are selling out really fast and you can grab them at SISTIC.

What better way to salute our men in uniform this NS50 year than to laugh it all out at Army Daze 2. Make sure you find a way to catch the original Army Daze before hand !!!! 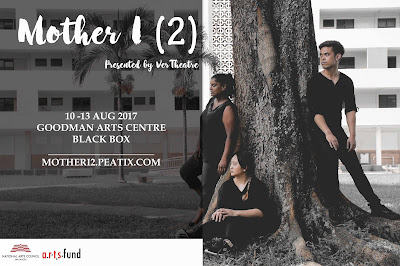 Once in a while I like to watch and experience something ‘off the beaten track’, away from the W!ld Rice’s colorful pantomimes, or the Pangdemonium’s big budgets epics. The last few years I have caught Melancholy Play by Couch Theatre and Boom by Sigh Lines and really enjoyed them and the very high quality of presentation. These works depend heavily on the acting and delivery due to the usually smaller budget, lesser use of props and smaller venues. Also they normally tackle very serious topics which are usually taboo.

I am very glad to be invited by my good buddy Catherine to catch her upcoming show called Mother I (2). This is presented by Ver Theatre. It is called Mother I (2) because there was a first part done last year. The general theme of the show is about mothers. Their growth, feelings, and journey through different phases of motherhood. The first part of Mother I was about the trials and tribulations of being a mother during childbirth in this new era.

Mother I (2) continues this with the child growing up and the mother having to go through this growing up stage with the added complications of current world issues such as when the child is separate from the mother, bringing up a challenged child and having to cope with a child facing gender acceptance issues.

These are very heavy issues and I will really be anticipating on how a small cast of just three persons will be able to convince the audience to share in their joy and pain.

The venue for Mother I (2) is the Goodman Arts Centre Black Box at Goodman Road and tickets are on sale now at http://motheri2.peatix.com This show will run from 10/8/2017 to 13/8/2017 with just 5 shows. So quickly go grab your tickets before they are sold out.

I for one will want to watch this as I personally feel that small independent production houses need to be heard and you will be amazed at the acting of some of these newcomers. Just better bring your Kleenex as I am sure it will be a tear jerker.